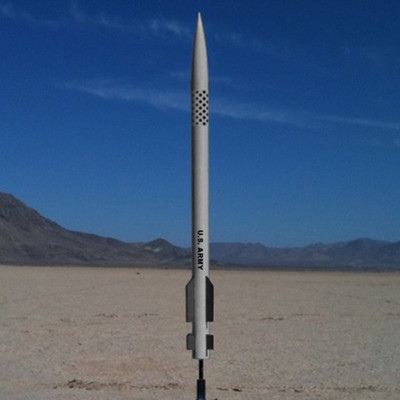 The PAC (Patriot Advanced Capability) program was begun in 1986 to develop a series of significant upgrades to the Patriot system. The ultimate step is PAC-3/Configuration 3, which introduces an upgraded AN/MPQ-65 radar to increase detection in high-clutter environments, and to improve discrimination of closely spaced objects (better decoy recognition). The most important feature of this new Patriot system, however, will be a completely new missile, a variant of the Lockheed Martin ERINT (Extended Range Interceptor) commonly called PAC-3. The PAC-3 missile is highly optimized for the anti-missile role (employing a hit-to-kill capability enhanced by a fragmentation warhead), so that operational PAC-3 Patriot units will be equipped eventually with both MIM-104 and PAC-3 missiles. The latter is significantly smaller than an MIM-104, so that 16 missiles instead of four can be carried in a single launch station. ERINT was first flight-tested in 1992, and selected as the ultimate PAC-3 missile in 1994. The PAC-3/ERINT integration tests took place from 1995 to 1997, and the missile is currently in full production at Lockheed Martin Missiles And Fire Control.