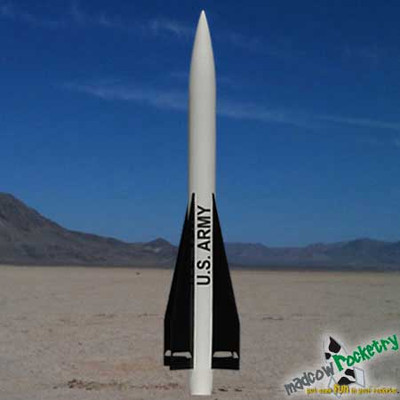 This product hasn't received any reviews yet. Be the first to review this product!

History:
he HAWK is a medium range, surface-to-air guided missile that provides air defense coverage against low-to-medium-altitude aircraft. It is a mobile, all-weather day and night system. The missile is highly lethal, reliable, and effective against electronic countermeasures. Basic HAWK was developed in the 1950s and initially fielded in 1960. The system has been upgraded through a series of product improvements beginning with the Improved HAWK in 1970. The Phase III product improvement and the latest missile modification were first fielded in the early 1990s to the U.S. Army and U.S. Marine Corps (USMC). Two missile modifications have extended the missile's field life and added electronic counter-countermeasures to defeat special threats. Development was completed on HAWK mobility, the latest system improvement, and it was produced for the USMC and Sweden. The U.S. Army National Guard (ARNG) as well as 20 allied nations, including NATO and several countries in both Southwest Asia and Southeast Asia, were also equipped with the HAWK system. Prime contractor for this system is the Raytheon Company. The cost per missile is $250,000; per fire unit, $15 million; and per battery, $30 million.